He graduated from the Medical Faculty of Charles University in 2007. He worked at full-time clinics in Prague for 3 full years. At the Implantology Center, he devoted himself to conservation and prosthetic dentistry, but he also experienced state-of-the-art surgical rooms and precise work. During this period he completed more than 25 professional courses and lectures. He himself lectured case studies from his own practice for colleagues – dentists.

In 2009 he passed the proficiency test of the Czech Dental Chamber. He worked as an internship in Mexico and the United Kingdom. Since 2010 he has been working in Žilina. In addition to endodontics and Cerec technologies, he specializes in dental surgery and implantology.

In 2017, he passed the certification exam in dentoalveolar surgery.

In 2019 he passed the certification exam in implantology.

Any questions? Feel free to chat with our attendants. 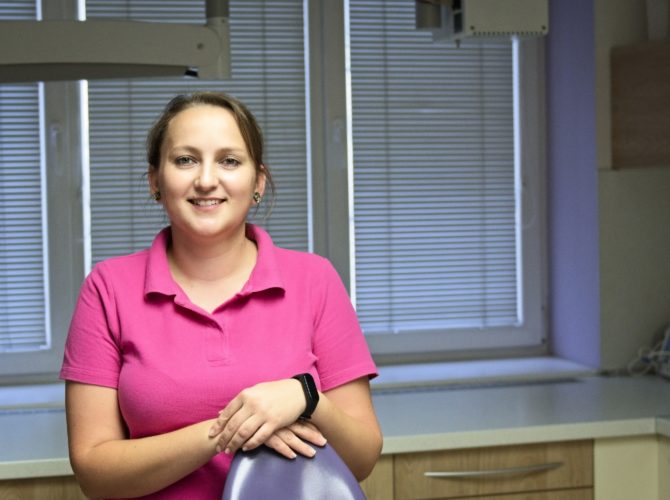 Hello! How can I help you ?

Do you need to order?